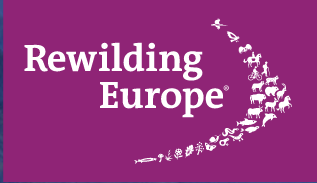 The European Wildlife Bank (EWB) is a commercial and legal framework that could be a model for enabling finance and investment in conservation of threatened species.
George Wilson met EWB in Amsterdam recently and learnt more about EWB. It is supported by the European Commission and other partners, especially the Dutch Postcode Lottery. It facilitates reintroduction of original native herbivores to rewilding areas. It keeps control over its reintroduction herds by making contracts with third parties, mostly local land managers/land owners. At the expiry of the contract, a proportion of the animals reintroduced are returned to the Bank to found new populations elsewhere or supplement existing populations at the same site. Species such as wild horses, European bison, chamois and ibex have been used in this way. It is early days but the intention is for surplus animals to be available on the market and for investors to receive returns based on the animal’s reproductive rate. The EWB could be regarded as a wildlife version of the rebranded NSW Biodiversity Conservation Trust.