On 28 May 2017, ABC Radio National broadcast a segment by George Wilson on its Occam’s Razor segment.  The program presents ideas that adhere to the notion  that if there are several possible solutions to a problem, the simplest alternative is probably the truth. George’s outlined a way to address the rate at which vulnerable animals are disappearing from the landscape. His talk proposed trials in which market forces could have a role to play in conservation. If private landholders could take up wildlife property rights and responsibilities, would that make up for shortfalls in government funding?

The following diagrams depict before and after the adoption of the proposed changes. 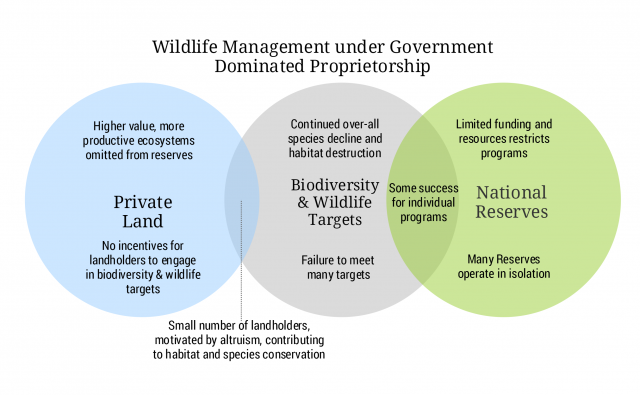 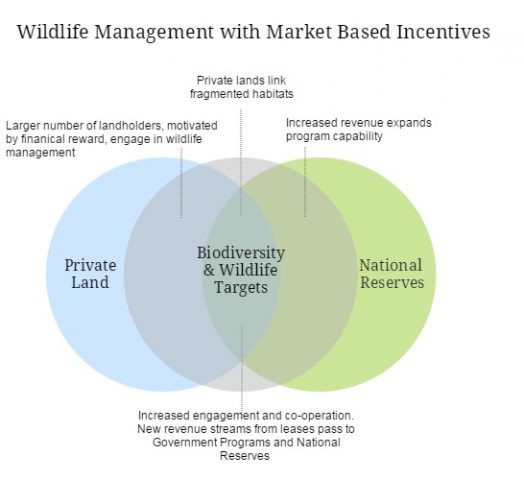 The location of Conservation Letters are at paper and supplementary information.

Why do we do scientific research ? What’s working and what needs work?