These studies are vital to understanding populations of kangaroos and pressures from camel and horse populations on the property and hence native wildlife. Some results are published below. No significant increase or decrease in any of the surveyed species was recorded between 2010-2012. 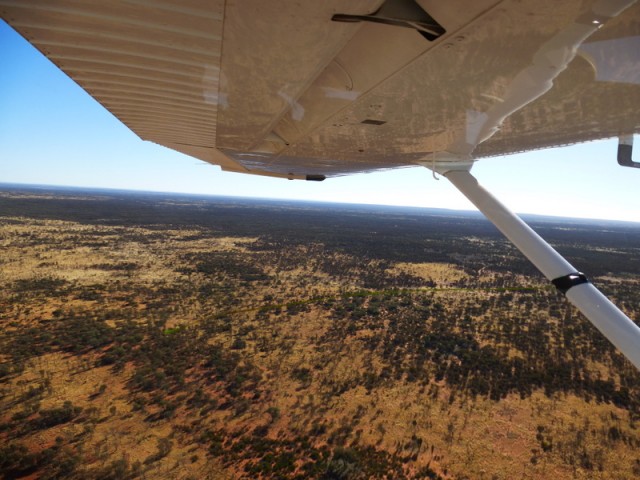 Since Angas Downs is such a vast area to survey, the variance and error of the datasets collected make it difficult to assess any significant change in the estimated population density. Good thing is Malu (red kangaroo) populations appear to be stable, and feral populations of horses and camels are appear to be decreasing (or not significantly increasing), undoubtedly due to the management actions of the IPA rangers. Densities of red kangaroos across Angas were estimated at 1.02 per sq km in 2010, and 1.13 per sq km in 2012. It was found that the southern area of the property was much more productive and watered, and supported more head of kangaroos than the northern sand dunes. Hence the aerial surveys were split in the north and south for 2012.

A report is being finalised and will be available soon. For more information on past Aerial surveys click here.

Chapter in Book on Food Security – use of native animals

Conservation in a Crowded World: Case studies from the Asia-Pacific