In August 2010, Anangu Rangers took delivery of 20 emu chicks from an Emu farm in WA. They were flown into Ayers ROck airport by Qantas and driven to the Angas Downs Indigenous Protected Area. Emu populations are very low on Angas Downs as is the case in much of the Northern Territory. They are an important species to the local Anangu and traditional owners and to ecological processes. They have probably suffered from over hunting, due to the supplementation of traditional hunting methods with rifles and vehicles. Increasing the amount of important species such as emu and red kangaroo on Angas Downs is important to Anangu and is a key part of the Angas Downs Indigenous Protected Area Plan of Management: [Download not found]

In combination with land management and control of feral animals, Anangu rangers will implement an emu breeding program to increase emus in the landscape. Australian Wildlife Services is providing scientific support for this program. After successful breeding, the emus will be released into a larger sanctuary area on Angas Downs. Angas Downs rangers also received an egg incubator which will be used for increasing breeding success in following years.  The chicks and incubator were bought with donations provided by the Rotary Club of Canberra Burley Griffin.

There also has been much interest in the Emu’s ability to help regenerate Quandongs (Santalum acuminatum). Local knowledge has suggested that emus may increase the success of Quandong germination after the seed is eaten and has passed through the gut – this could be due to a combination of seed coat break down and being deposited in rich nutrient filled dung. But Quandongs need more than dung to establish – they need plenty of water, protection from grazing and, as they are a parasitic plant, they need to find a host to tap into with its roots (usually mulga or other shrubs). Emus also help to disperse the seeds across the landscape. It is a goal of Angas Downs to increase bush tucker species such as Quandong and will trial use of emus in Quandong regeneration in coming years. Also this subject has been researched by the Alice Springs Desert Park – Media Release.

ABC News Radio reports on the Emu-Quandong project and be heard here: Bush Telegraph and A Country Hour.

The Emus which arrived at the Angas Downs Emu Sanctuary as baby chicks in August 2010 are doing well and growing up fast. Local chicks from the Alice Springs region have also been added for a bit of local genetics. The Angas Downs Rangers have been feeding and caring for the birds who have now lost all their stripes and look more and more like adult emus. Cheeky like them too! See photos and Video Link (below) to see their progress to March 2012. 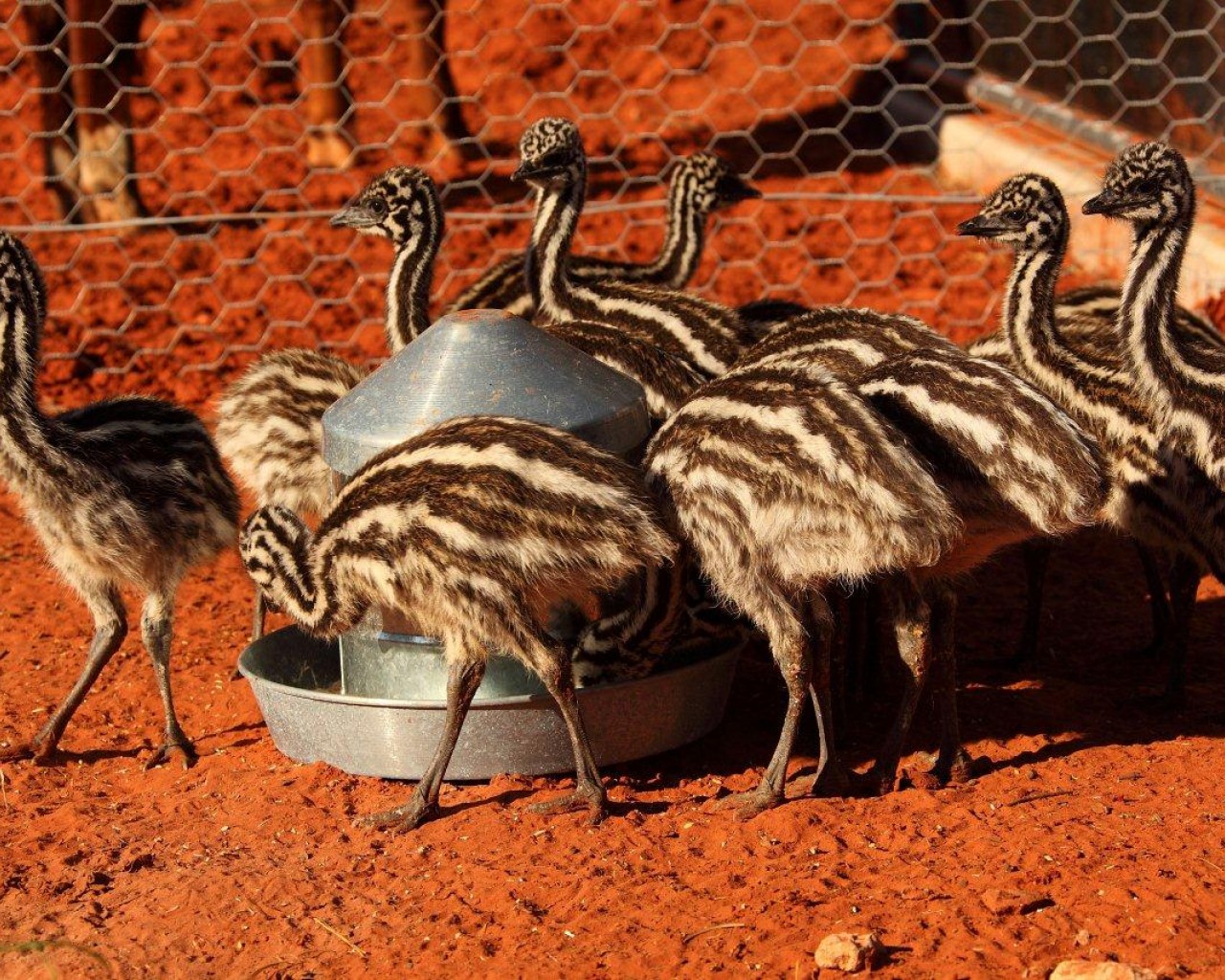 Should private landholders be allowed to manage wildlife including species such as koalas?